BY LANDS OF CIFUENTES RIVER.
BETWEEN CIFUENTES AND TRILLO

Between Cifuentes and Trillo

Cifuentes river is a tributary of the longest river of Spain, Tajo. It has a length of 11 kilometers, but few rivers despite of being so short has a great history and heritage like this, being respected its natural environment too. In this guided tour we will visit the two towns where it borns and dies, the first Cifuentes that gives its name and the second, Trillo where is its end.

Cifuentes is the birth place of one of the most important characters of Guadalajara, the Princess of Éboli, we will visit the Church of Salvador by where pass the Saint James Way. We will read part of the book "Journey to the Alcarria" of the great Nobel Prize writer Camilo José Cela who described his adventures in this part of Alcarria in 1946.

We will finish the journey in Trillo, the Gate of the Natural Park "Alto Tajo", protected by the UNESCO as Geopark. We will continuos talking about Cela and Jose Luis Sampedro, another important spanish writer of XX century but of course, we will do a guided tour to the museums of Trillo, its main Church and the natural waterfall of river Cifuentes before of its mouth to the Tajo.

We can combined this tour with other places like Torija, Trijueque or Monastry of Monsalud 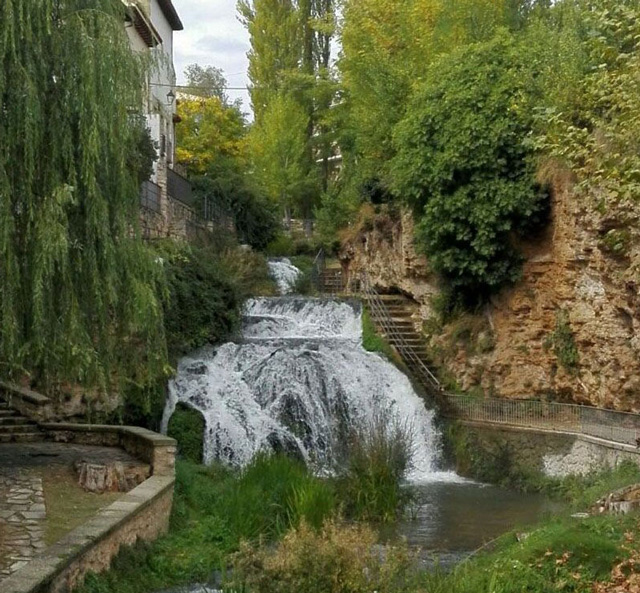